Wheels. I am obsessed with just about anything with wheels. When I was a kid it was skateboards, model cars and bmx bikes. Then motorbikes and, finally, cars. Lots and lots of cars.

The freedom they enable, the endless hours of escapism they can offer and the all the different driving and ownership experiences they can give. It is my thing, and as I reach early middle age I am only really just starting to accept that. I never was the fastest of learners.

Being taken to School was a junior petrol heads dream: a country lane blast to school with an enthusiastic and usually late father at the wheel, in any one of the current hot hatches that had arrived for sale that day or week. We are talking XR2’s, Astra GTE’s, Renault 5 GT Turbo’s, RS Turbo’s and my personal favorite the 205 Gti. All of these cars offered something different, but they all offered excitement in spades.

The time came when I was almost 15, to get my first car. I sold up the model cars I had been racing, and purchased my very own car. A Blue 998 Mini City E, with holes in the floor and no MOT. I handed over £325 to a chap called Phil White in Watford. My hand still hurts from this man mountains hand shake, but I could see the glint in his eye, he knew that he was doing more than selling a young lad a tidy little mini that needed some love, he was welcoming the next generation into a life choice. I had my petrol head L-Plates. Little did I know that the oil that was about to stain my Jeans would continue to do so for the next 20 years and counting. Even if the jeans continue to get progressively more generous in size…. 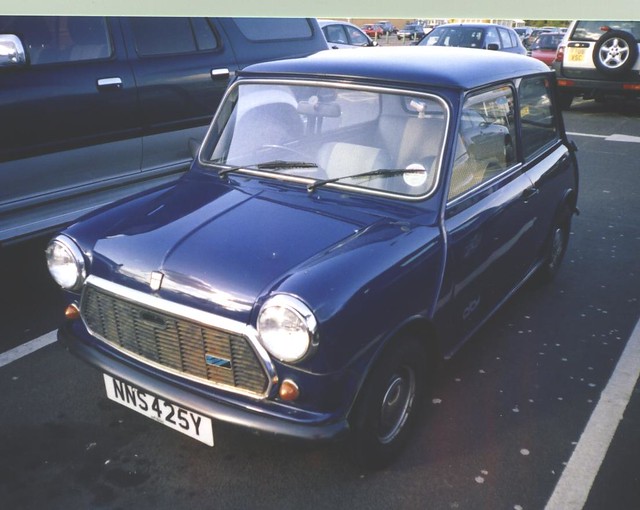 Fast forward 2 years and the car was ready. Complete with Respray, fettle’d engine, wide wheels, Cooper S brakes and adjustable suspension. Not forgetting the obligatory huge speakers: – nobody could tell you to turn down your Hendrix if they couldn’t catch you!

2nd time lucky and I secured my driving license. I was now free on the open road, going anywhere £3 of leaded petrol would take me. And my goodness did it take me all over: backwards across junctions, straight through hedges into fields, up grass verges, 3 feet in the air off hump back bridges and splashing though every puddle I could find. I would like to claim things have changed, and whilst they have calmed down a lot they are perhaps not as calm as some would like.

So that was it, I was hooked. After a few years of fun, the mini sold on to a new home as I had my eye on something else, something a little newer, a lot faster. My first Japanese car, a Mk2 Honda CRX 1.6 16v. That would prove to be a different ball game entirely.